Music by Handel on LP? Here I have a confession to make. With regard to Bach, Handel and their contemporaries, I was raised on interpretations by the likes of Christopher Hogwood, Trevor Pinnock, John Eliot Gardiner and their so-called 'authentic' bands. In the eighties, Historically Informed Practice (HIP) was the way - the only way - to go. How we laughed, me and my friends, about those quaint, slow and heavy interpretations by Thomas Beecham, Malcolm Sargent, and - goodness gracious! - even Herbert von Karajan, so revered by our parents and grandparents. It was quite beyond us what merit their old, 'elephantine' style of performance might have. Such, I'm afraid, is the folly of youth.

To-day, when I fancy listening to a record of music by Handel, without hesitation I always reach for exactly those old recordings I scorned so much as a teenager. Now, I'm certainly not going to disavow the HIPsters, but, really, I simply never listen to their recordings anymore.

Let me introduce you to some of my favourite Old Style Handel stereo records. 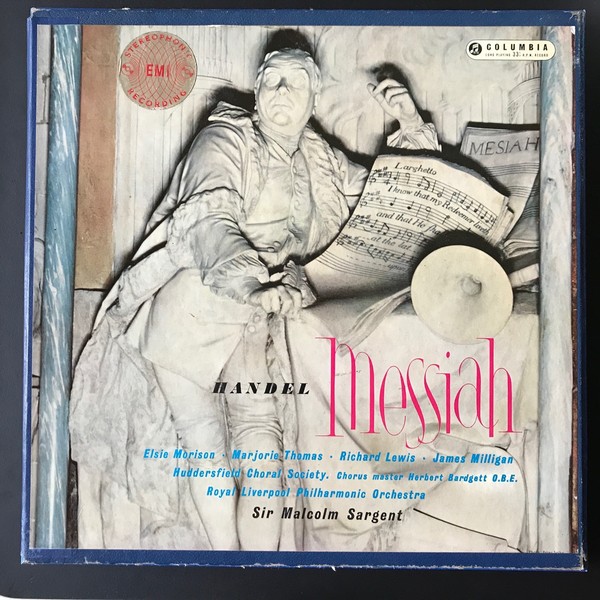 A fan of Sir Malcolm Sargent I most certainly will never become, but his way with Handel's Messiah is truly special. Sargent played and recorded the work often enough. His recordings from 1946, 1959, and 1965 can be easily acquired on CD or by streaming service. Here, I'm going to focus on his 1959 recording, first released by British Columbia on records as set SMS 1006, consisting of three records, individually numbered SAX 2308 through 2310.

With Sargent on Columbia, we get to feast our ears not only on the marvellous Huddersfield Choral Society and the Royal Liverpool Philharmonic Orchestra but also on soprano Elsie Morrison, contralto Marjorie Thomas, tenor Richard Lewis and bass James Milligan.

The chorus in this early stereo recording sounds a tad distant, but the ear soon adjusts. The voices of the soloists have been captured very nicely, as have the instruments of the orchestra. The woodwinds are clearly audible but they do not dominate; the violins sound incisive where needed, and the organ is very well-integrated into the overall sound picture. In my set I notice some distortion in tutti passages, but this may be due to the state of my LPs. Perhaps a little bit more bass would have been nice, but then: I have Early First Label pressings, so better bass should be expected on Late First Label & Second Label pressings. (For more on Columbia pressings, see an upcoming new page)

A little warning is in order, I think. This Messiah cannot be enjoyed as background music. One must really sit, listen, and take in the performance. Playback of Sargent's Messiah in 'background mode' will most definitely impart your enjoyment of this recording. Perhaps this fact helps explain the folly of my youth? For this was our thing, as teenagers, back in the eighties: we'd put on a record, listen only casually, and chatter away about how HIP were the performers on our records - as were we, young 'connoisseurs'. 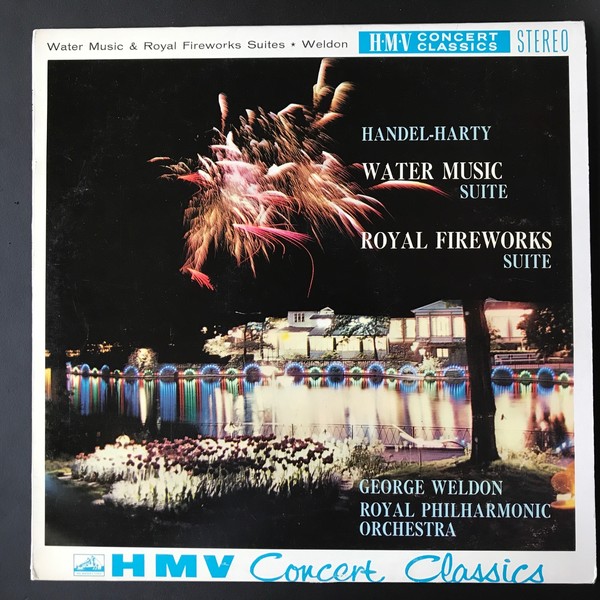 Am I just trying to shock you now, by praising an interpretation of Handel's Water Music in the 'forbidden' arrangement by the Irish composer Hamilton Harty? Perhaps a little. But just give this record a listen and then say that the flutes, clarinets and timpani Harty added to Handel's original scoring for strings, oboes, bassoons, horns and trumpets doesn't work for you. Let's just say this LP is kind of a guilty pleasure. The sound, by the way, is the best of that wonderful warm stereo His Master's Voice was capable of recording back then. 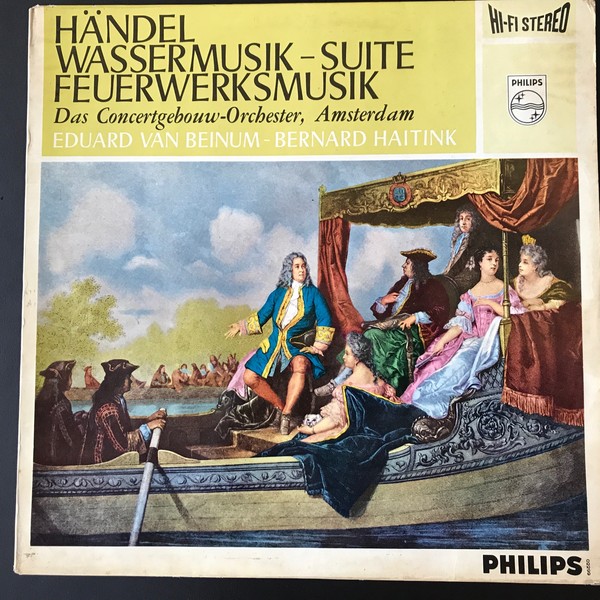 Here's one of my all-time favourite records! The wonderful Concertgebouw Orchestra under perhaps its best conductor ever, Eduard van Beinum, just plays the hell out of Handel. Listen to the glorious woodwinds and brass of the Concertgebouw; listen how they - nay, the whole orchestra - 'let it rip', clearly enjoying this glorious music. HIP this is not (although 'tis 'HIP-per' than Weldon), but surely nobody could seriously object to a performance of Handel with this much pluck ? 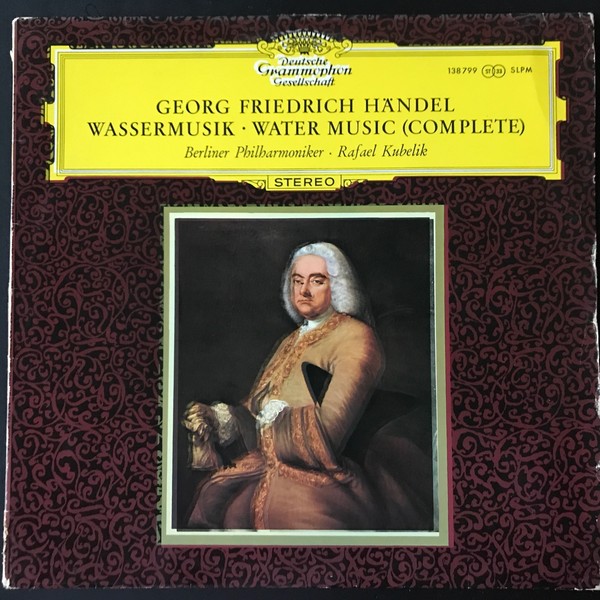 Let me come to a close with yet another disc of the Water Music, this time played by the Berlin Philharmonic Orchestra under Rafael Kubelik. A very different sound from the Concertgebouw this, but also highly enjoyable. Please note that for this recording Herbert von Karajan not only loaned 'his' Berlin Philharmonic Orchestra, but also his preferred stereo balance engineer, Günther Hermanns, which must account for the exceptional fine sound balance found on this LP.