The remastered 1953 Callas Traviata on LP

Warner Classics released the remastered 1953 Callas Traviata as a set of three LPs, April 2018. The price is right: between 40 and 50 euros for a cardboard box holding a libretto and three high quality 180g LPs.

The Warner box front (fig. 1) nicely reproduces the original artwork of the Cetra set (fig. 2). The original Cetra record label (fig. 3) has not been reproduced however (compare fig. 4). The Warner records are flawless, produced on 180g vinyl and generously cued. The libretto offers the original Italian, with parallel translations in German, English and French. The cover of the libretto features a nice black and white photograph of 'fat Callas', taken January 1951 at the Teatro Communale, Florence.

What of the sound?

The real question, of course, is: how do the Warner records sounds, especially when compared to the original Cetra edition? Luckily, I am in the possession of the old Cetra set, so I was able to make a comparison.

Now to the sound. I took side 1 of the original Cetra, starting with the prelude of La Traviata and ending directly after the tutti Si ridesta in ciel l'aurora. I compared this Cetra record to side A of the Warner set, which also starts with the prelude but ends after the famous solo Ah fors'e lui che l'anima, thus holding more music.

Side 1 of the Cetra set

The old Cetra records have never been popular with collectors, and on listening to the first side of the 1953 Traviata it immediately becomes clear why. Strings sound so wiry it is actually painful to listen to them. The choir at the start of the party scene sounds muffled. At the end of the side the choral tutti is so constricted that it is, again, painful to listen to. There are some good things too: bass response is great and the solo voices are very well defined; there is, also, just the right amount of reverberation, resulting in a very convincing, 'deep' sound stage.

Side A of the Warner set

On to the Warner LP. At the start of the prelude, the strings of the orchestra still sound just a tad wiry, but they are no longer painful to listen to. Also, more orchestral detail can be discerned. Compared to the Cetra, solo voices are even better defined on the Warner disc. On the Warner, the choir at the start of the party scene sounds excellent, and the final tutti can be listened to, even if it still sounds a little constricted. There is some loss: bass response on the Warner is still good but no longer great, and all reverberation seems to have been lost, resulting in a somewhat 'flatter' sound stage.

Let me be clear: the gains completely outweigh the losses. After side 1, I simply didn't feel like comparing more sides, simply because I was - for the very first time ever - completely won over by the performance itself, and wanted to enjoy it, undisturbed, right to the end.

Collectors should note that throughout the Warner set, some constriction at tuttis and distortion at loud passages can be discerned, though never at levels that spoil the enjoyment of this splendid interpretation of Verdi's La Traviata.

Warner has done lovers of opera a great service by issuing the remastered 1953 Callas Traviata on LP. Warner production values are impeccable, the price is right, the sound great, and the performance not to be missed, so in conclusion I say: snap up this great set as soon as you can!

Of course, for years now, lovers of the art of Maria Callas have been debating the relative merits of her three extant recordings of La Traviata: the 1953 with Santini conducting, discussed above, the 1955 version with Giulini and the 1958 one conducted by Ghione. It is and will remain a matter of taste which set a particular collector will prefer, so let me only briefly add my views. To me, the 1955 set is simply unlistenable, and I have personally never taken to the 1958 interpretation. I've always felt that the 1953 Santini might the the Callas Traviata of my choice, but since the old Cetra records produced a sound too painful to my ears, I could never really affirm this. Now I can: for me the 1953 Callas Traviata in its new Warner LP incarnation is the one to own. Thank you, Warner Classics! 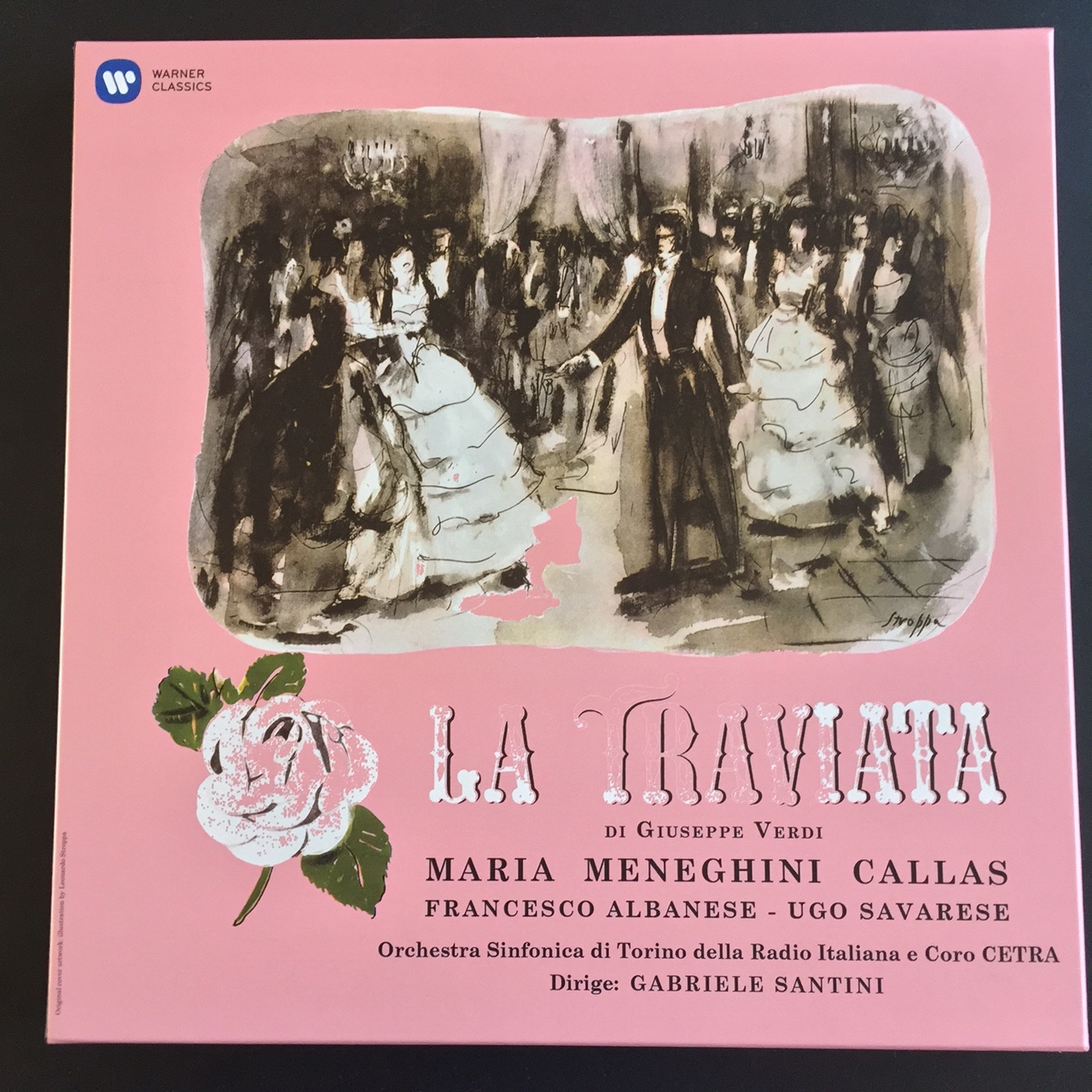 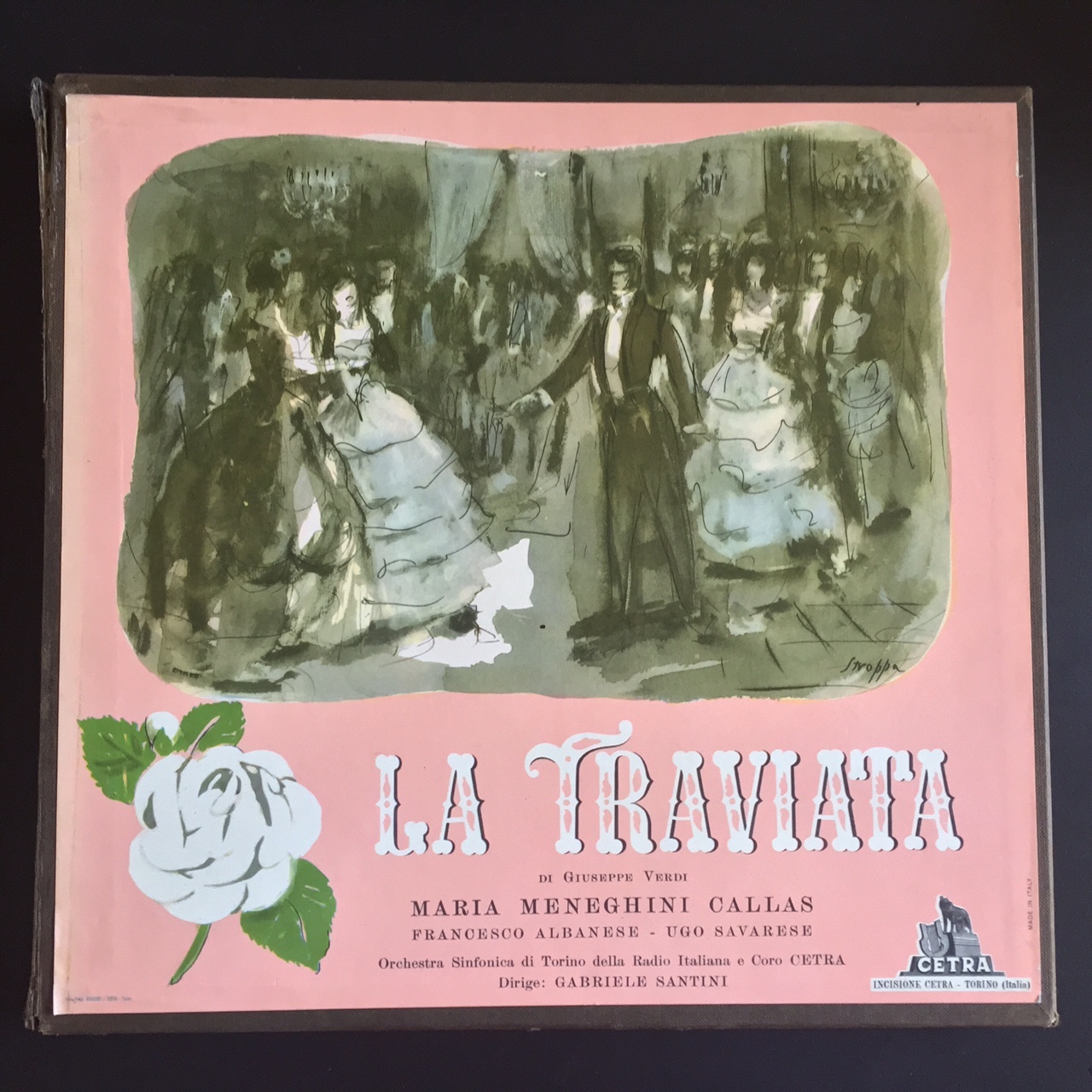 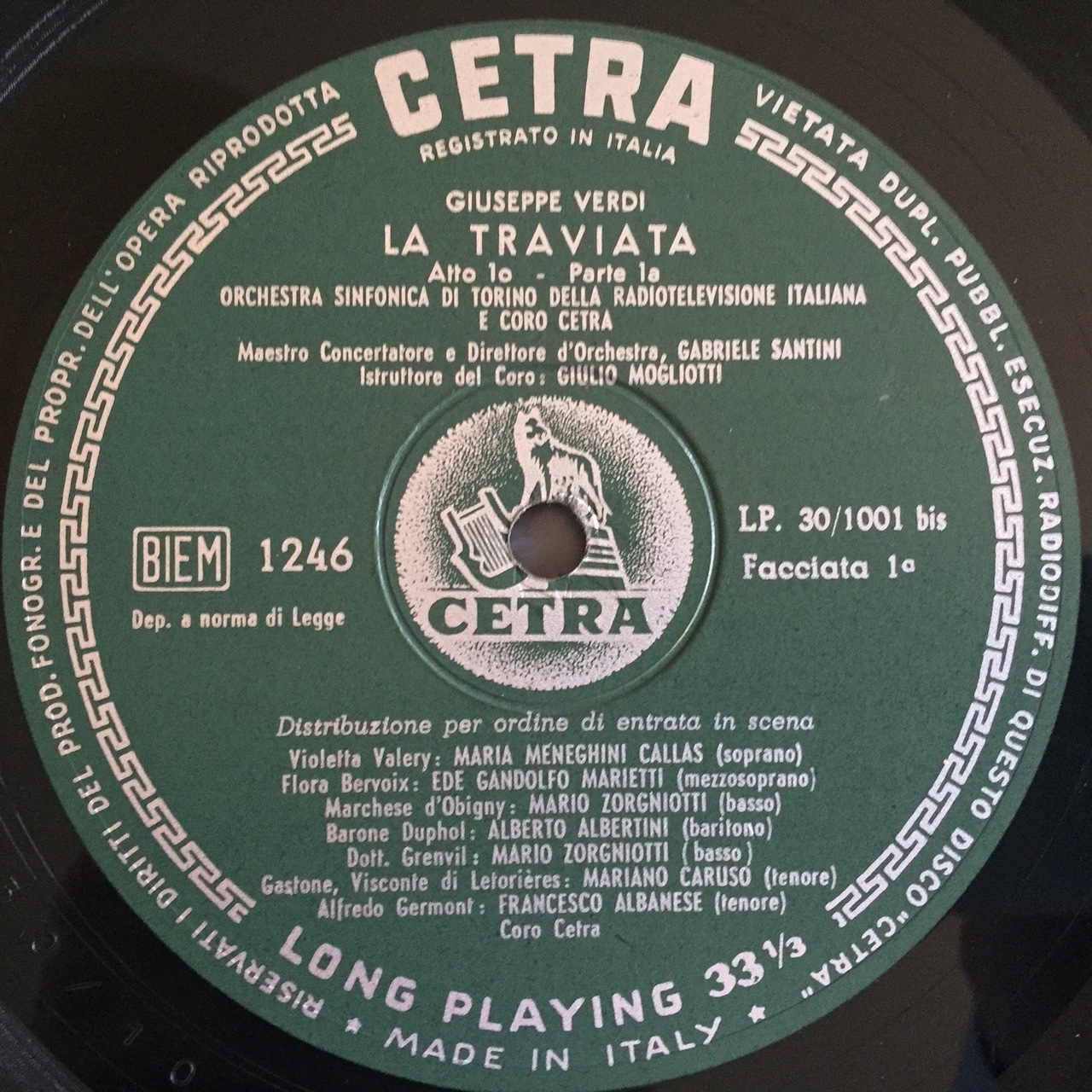 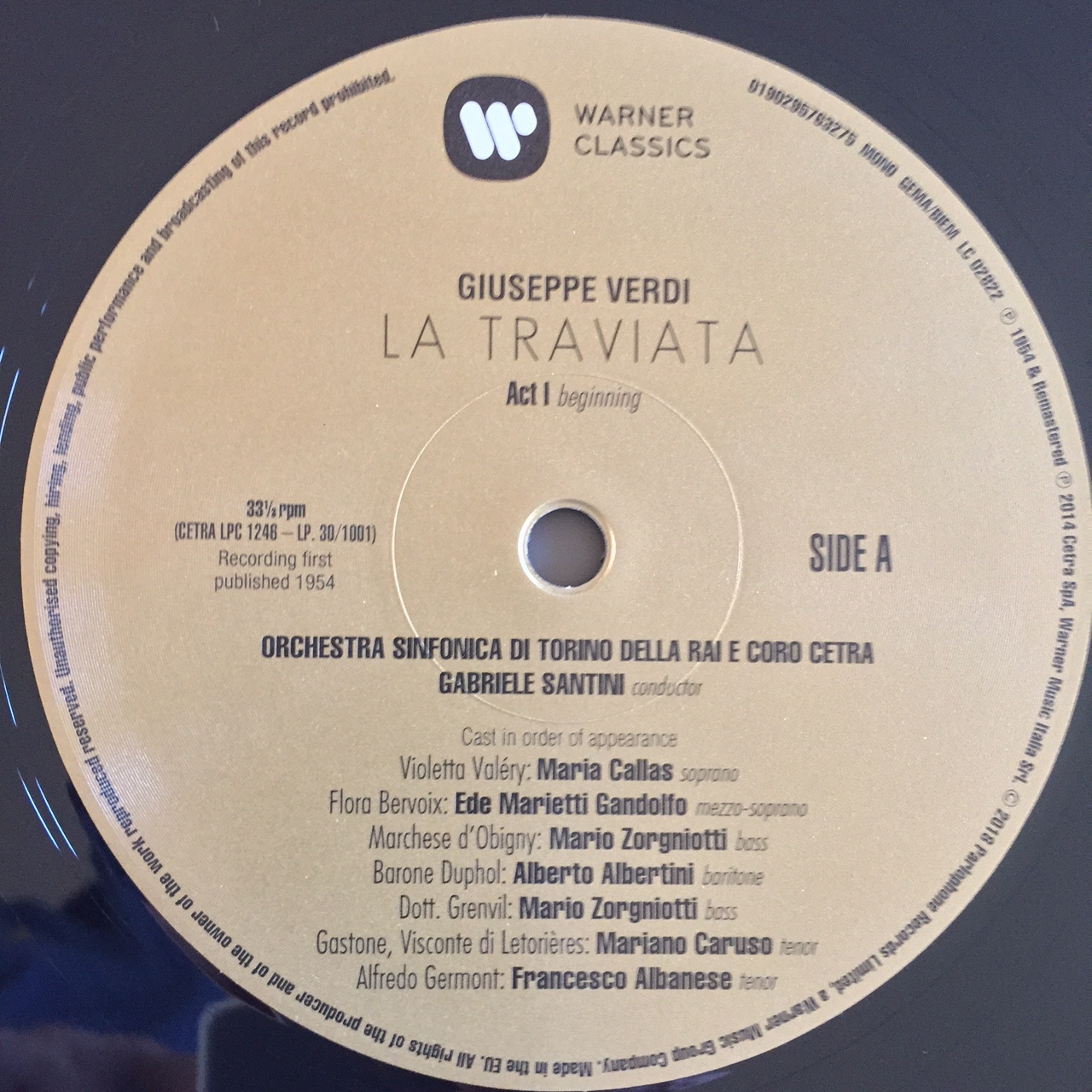 Fig. 4, Warner record label, side A